16.02.2017
Six students from Loreto Grammar School in Altrincham, England, have made it through to the final of The Big Bang UK Young Scientists and Engineers Competition. Elaine Manton, STEM Ambassador in the UK, says their contribution was inspired by Scientix and STEM Alliance!

This group of students from Loreto Grammar School in Altrincham, Great Manchester, made it through to the final after wowing judges at the online heats.

They will go on to join over 200 other project teams from across the UK in the finals, which take place during The Big Bang UK Young Scientists & Engineers Fair at the Birmingham NEC, in March 2017.

The Big Bang Competition is an annual contest designed to recognise and reward young people's achievements in all areas of science, technology, engineering and maths (STEM), as well as helping them build skills and confidence in project-based work.

The competition is open to 11-18 year olds, and gives participants the chance to compete for top prizes such as international experiences worth over £50,000 and prestigious awards such as the GSK Young Scientist and UK Young Engineer of the Year. 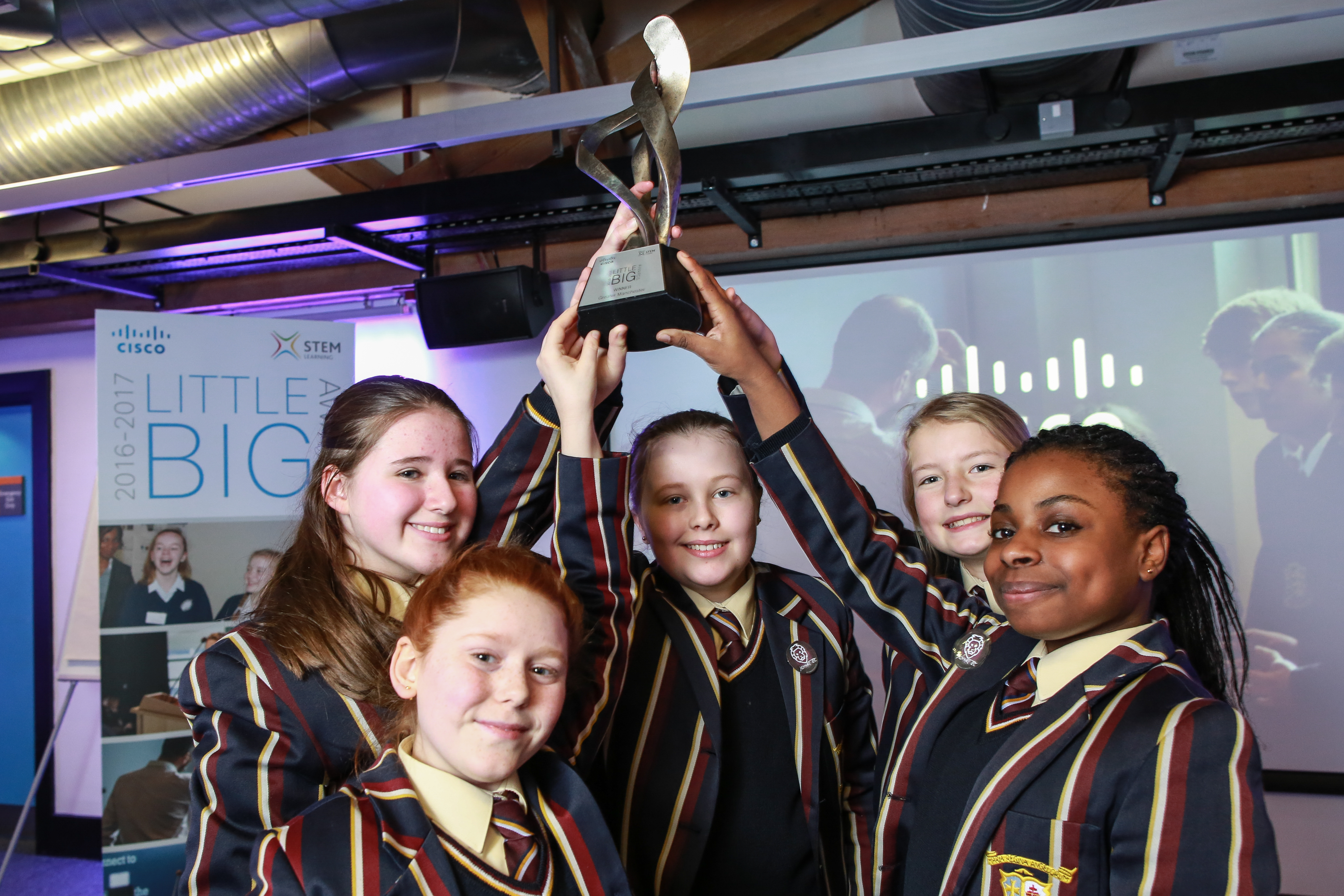 "This year's entries to The Big Bang Competition highlight how talented the UK's young scientists and engineers are. It's easy to see why this project has secured a place at the national finals. We're now excited about seeing all the finalists come together at The Fair in March, where they will have the chance to impress the judges and inspire other young visitors."

"Having the opportunity to put theory into practice has been great fun and has given the girls an idea of just how interesting a career in the sciences could be. The project has also helped the students develop technical skills and learn how to work well together as a team. To be through to the national final is the icing on the cake – the girls can't wait to show off their projects again and hope to come back from the UK finals in March with an award!"

"The reason we got involved in the CISCO LBA Competition: Since my involvement with ingenious and Scientix and STEM Alliance I realised to be competitive at the European level our students needed to have more 21st Century skills to back up their excellent academic skills. I have tried to create opportunities both within and outside of the school curriculum to develop innovation, entrepreneurial  skills and more recently applying digital skills to problem based learning. To quote CISCO's LBA Site 'Cisco invites your school to take part in the Little BIG Awards to show us how you think your life could be made better by connecting the unconnected."

Mrs Manton is among the few teachers that took home the prize in the STEM4YOU competition of STEM Alliance in November 2016. See pictures from the award ceremony here.